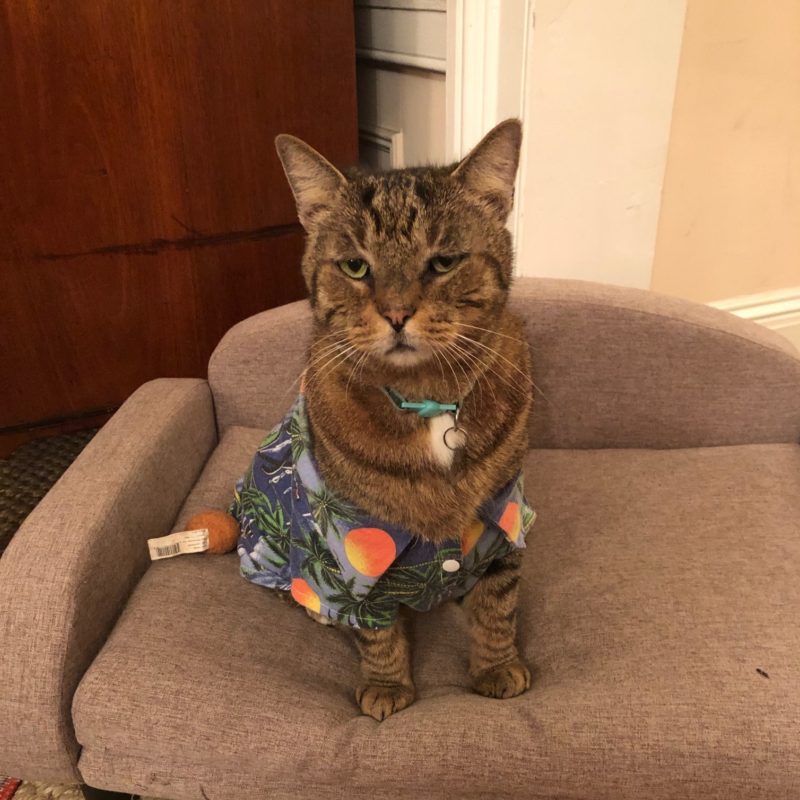 As a pet friendly hotel, it’s important to our team to have happy, loving animals around to greet our guests and make us laugh throughout each day. If you’ve stayed at Old Town Manor since April 2018, chances are high that you met our Key West cat, Doc (and maybe his canine counterpart, Mojo). 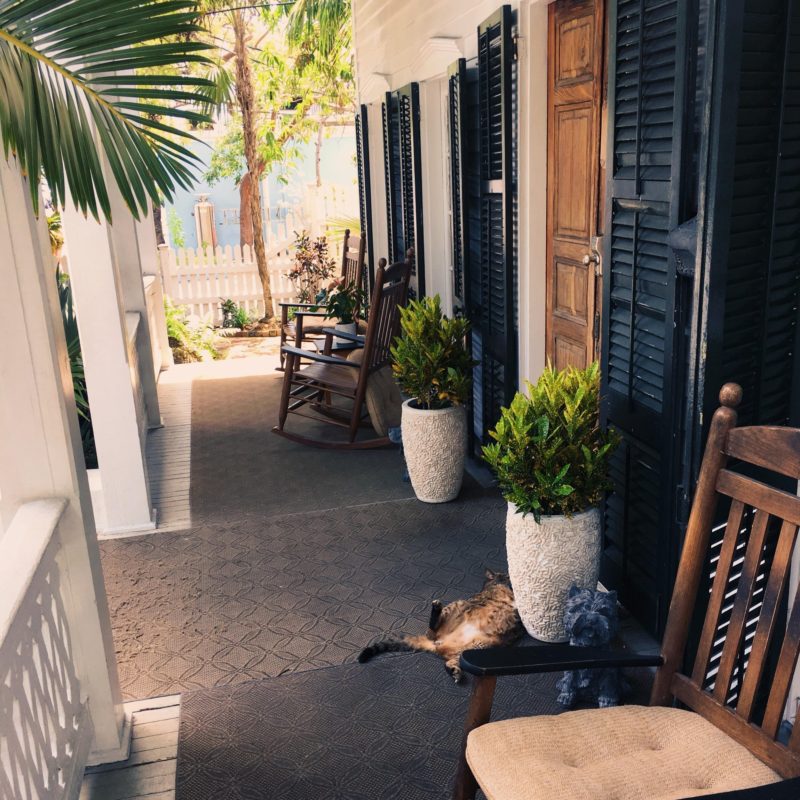 As our official Guest Services Cat, Doc hangs out in the lobby of Old Town Manor pretty much all day. He was a perfect fit in the hotel setting from the start. After losing our long-time resident Ms. Kitty, our staff decided it was time to adopt from the Florida Keys SPCA. 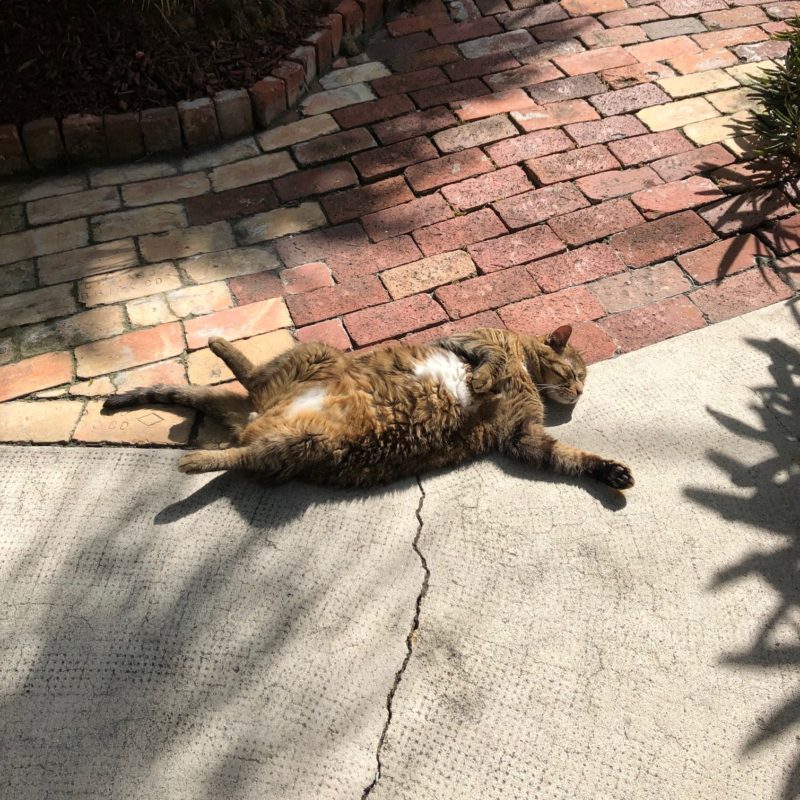 We interviewed several cats, but Doc stood out, perhaps because he was wearing a Hawaiian shirt and sitting on a cat sofa. He had been in the shelter for a while, and he looked like a cat who needed some loving.

Doc has scratch-like marks on his back that look like he was once in a cat fight. The people at SPCA began dressing Doc in shirts (size XL) to help with healing. They sent his favorite, a tropical patterned polo, home with us. Since then, we’ve learned the scratches are a skin condition and nothing to be concerned about. 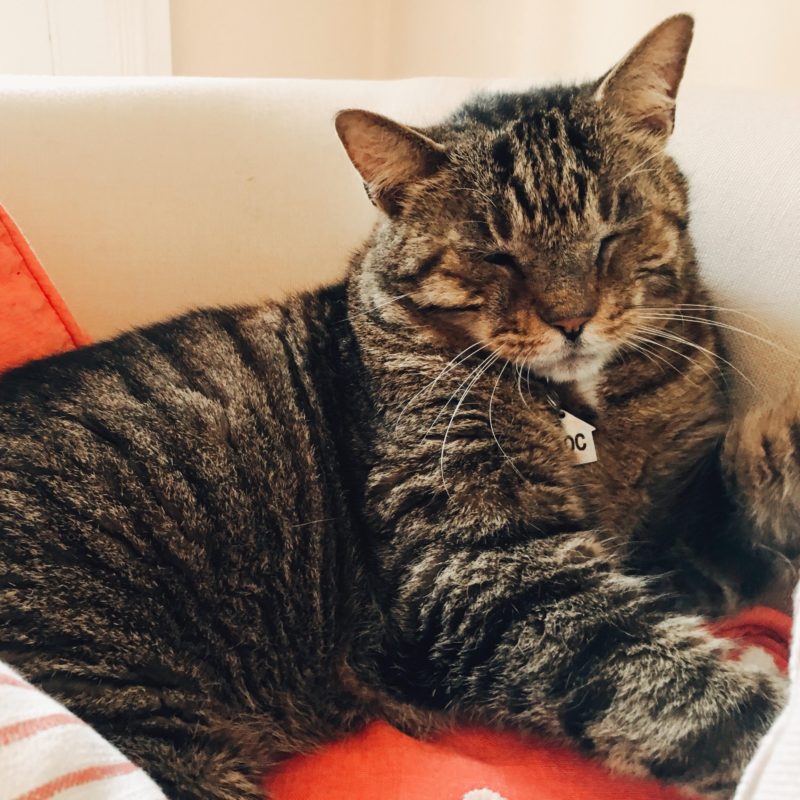 It was only a matter of days before Doc made himself right at home in the lobby and in our hearts. He was named Howard when he first came to us. We set up a poll on the Old Town Manor Facebook page to rename the cat, and “Doc” won hands down. He is named in honor of Dr. William Warren who bought the Manor in 1913 and saw medical patients in the home for many years. 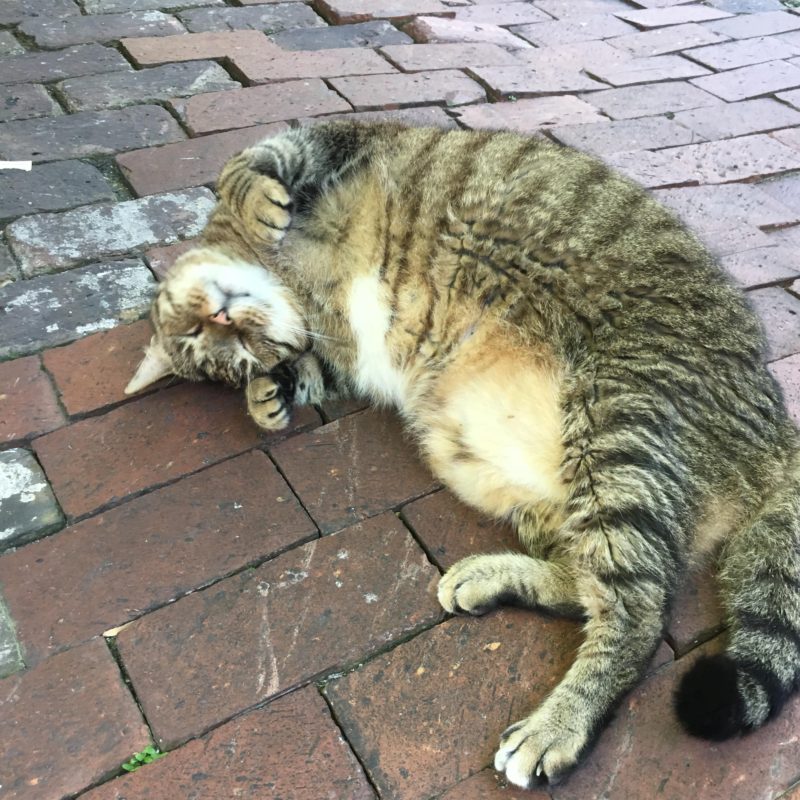 It would be incorrect to say that Doc made friends with Mojo, our Guest Services Dog, but they have come to a tolerant understanding. They both enjoy lounging and naps, treats, and pets from guest. 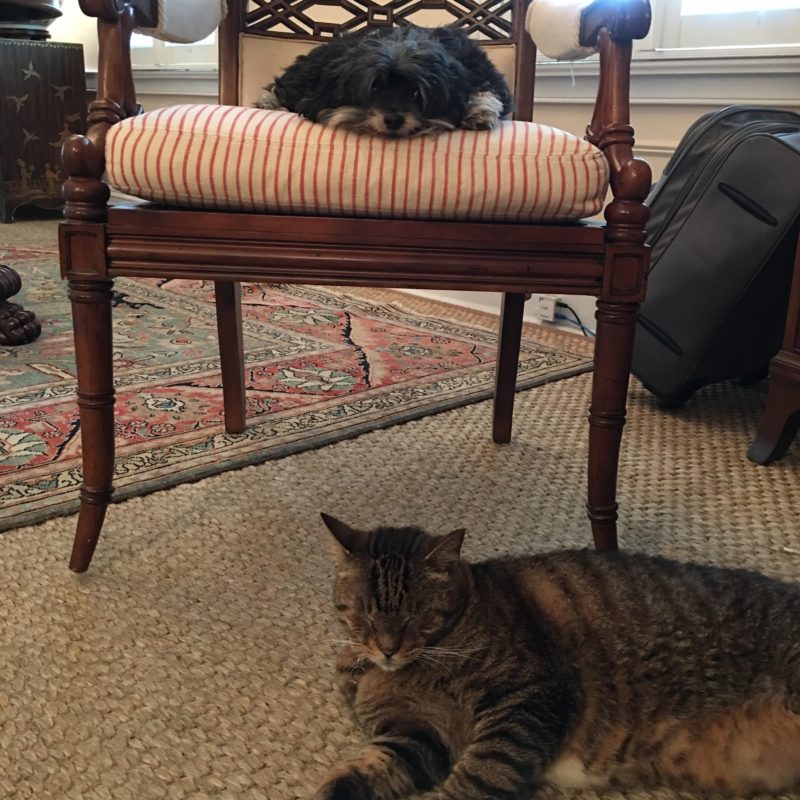 There’s no doubt that Doc’s favorite activity is eating. Although he is given three healthy meals each day, he is continually asking to be fed all day long. Doc is a particularly expressive cat and he has a special meow that translates to “feed me”.

After eating, Doc’s second favorite activity is sleeping. On average, he probably sleeps 23 hours each day. Though still, he is not nearly as passionate about sleeping as he is eating! If the box of Greenies is moved or touched, Doc is more than ready to interrupt his nap to have a snack.

Even while he’s napping, Doc is always available for petting. He loves our guests’ attention. He became quite a star at the SPCA, and we often get visits from local volunteers who knew him back then! 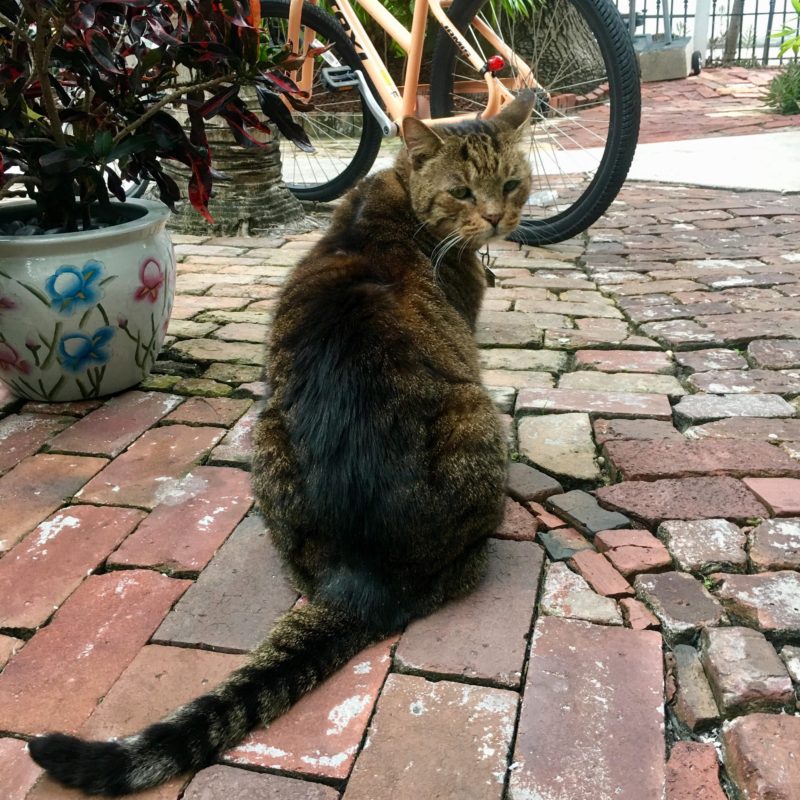 While Doc loves to eat, sleep, and cuddle, his real passion is making friends with our guests. He has made himself home at Old Town Manor and couldn’t be more of a perfect fit. 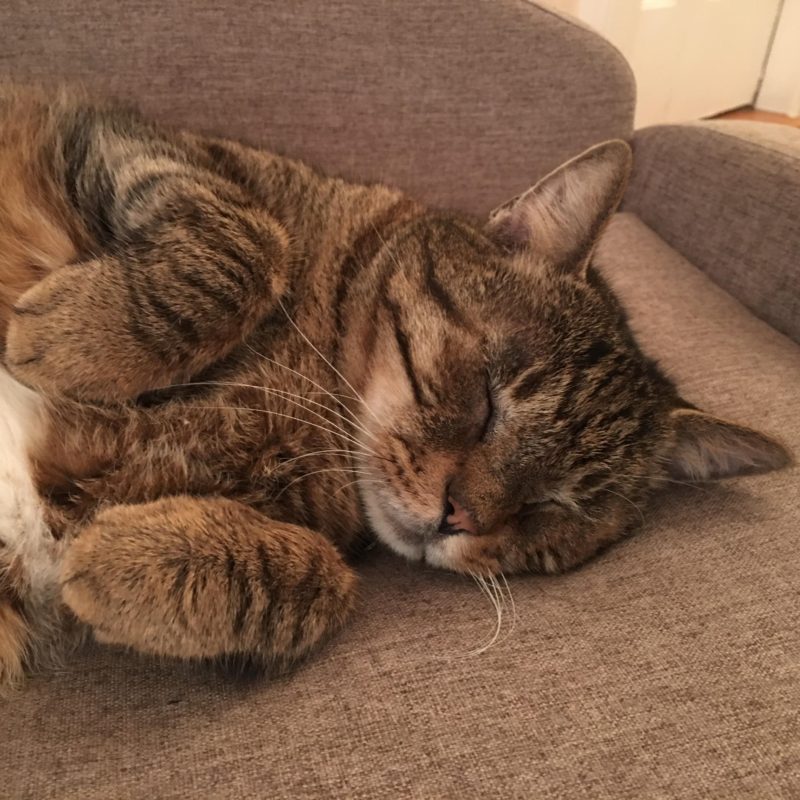