In our blog on preparing for Fantasy Fest in Key West, we shared our tips on some of the popular events that require a ticket or entry fee, and which to purchase in advance. Now we’ll outline some of the free events and the types of costumes you might build, borrow, or buy in order to have the best time. 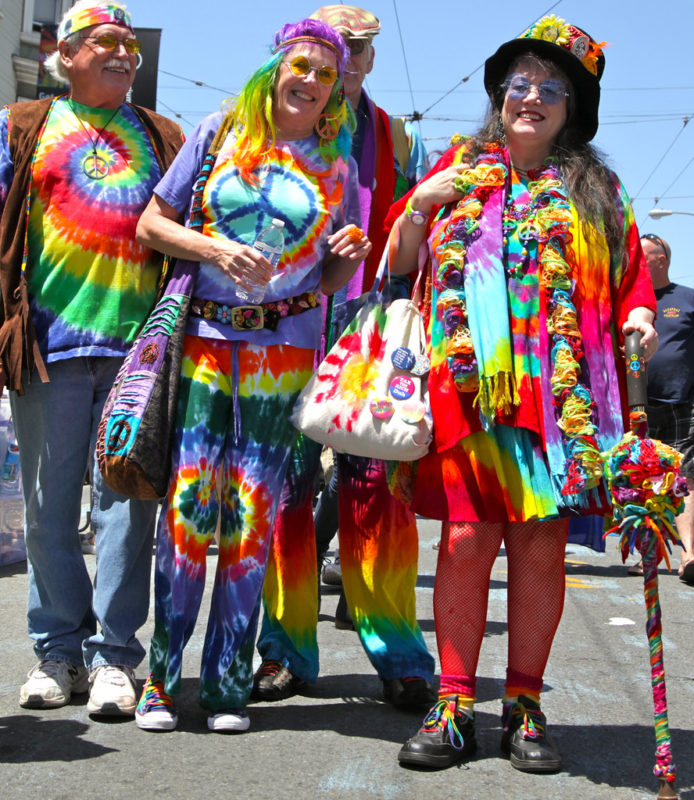 Every Key West-er has one good 1960s themed outfit in their closet. This getup can take you to two different events: on Monday, the Green Parrot (601 Whitehead Street) presents a Beatles tribute band featuring Jeff Clark and Tony Baltimore and friends. This music group who will take you back to 1967 by hitting all the high notes of the Beatles collection. Singing along is encouraged! 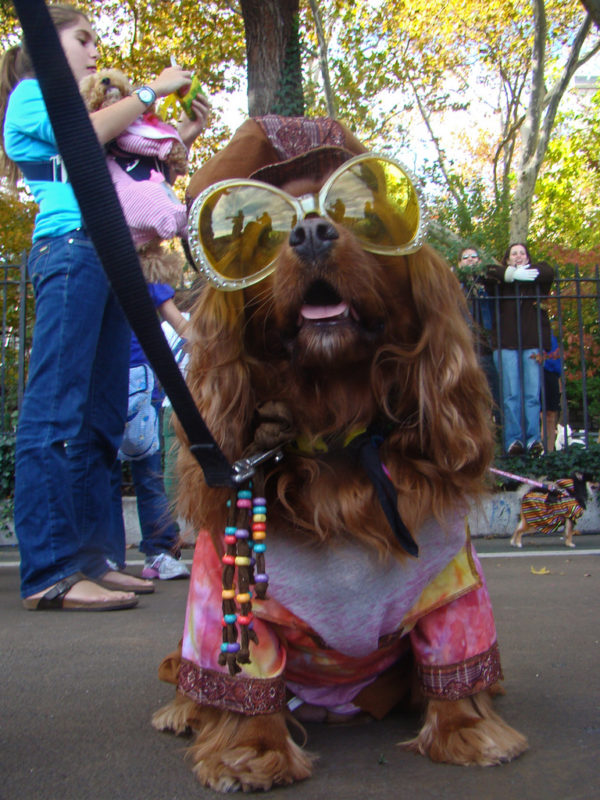 Wear that ‘60s costume again for “Wharfstock” on Wednesday at the Schooner Wharf Bar (202 William Street). The party starts at 7pm when Gary Hempsey and That Hippy Band take the stage. Prizes will be given for the “Sexiest Hippy Chick” and the “Grooviest Dude”. Judging begins at 8:30 with emcee Magic Frank Everhart. The band plays til midnight.

While Tuesday is known for the popular Tutu parties, there are other options on the same day. If dressing in a tulle skirt is not your thing, check out the Captain Tony’s Plaid Party (428 Greene St.). Wear plaid of any color or style and get down to some great music, excellent drinks and, well, like-minded plaid people! 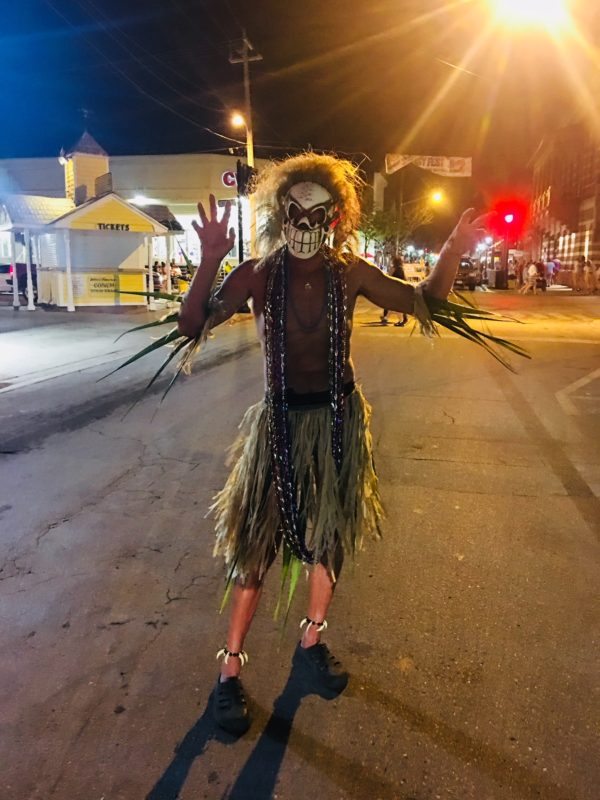 Over at the Green Parrot, a few blocks away at 601 Whitehead Street, you’ll find the “It’s Not Easy Being Green” party. Wear something green, (dare we suggest green plaid?) and celebrate the Green Parrot’s recycling efforts. Patrick and the Swayze’s will play two shows, one at 10 pm and one at midnight. 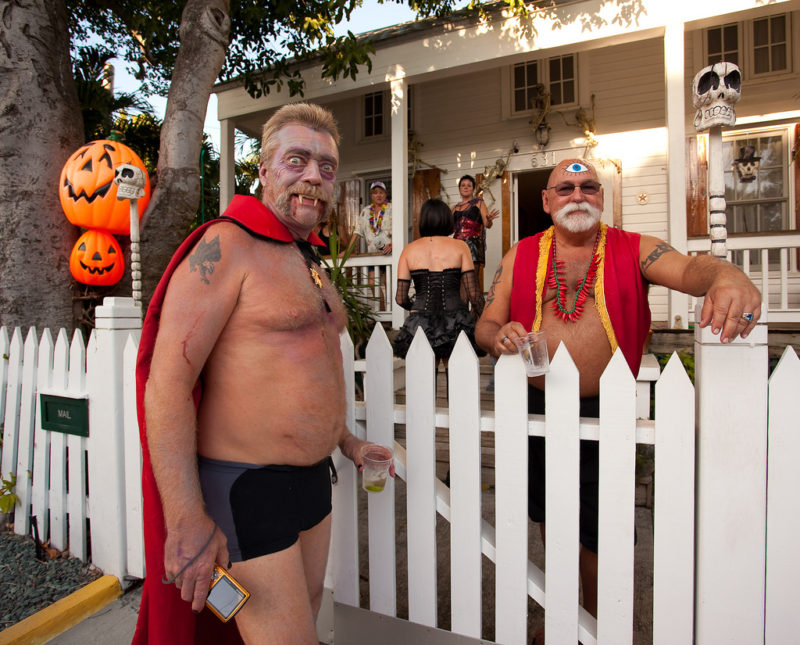 On Wednesday night, Fogarty’s invites you to see red, red, red everywhere at their annual Red Party. There’s red lights, red costumes, red wigs, red balloons, red decorations, red eyes, red cheeks, and red drinks. Wear as little or as much red as you want, but know that there is a red costume contest with great prizes. DJ Jimmy Jamz will keep you dancing all night long. 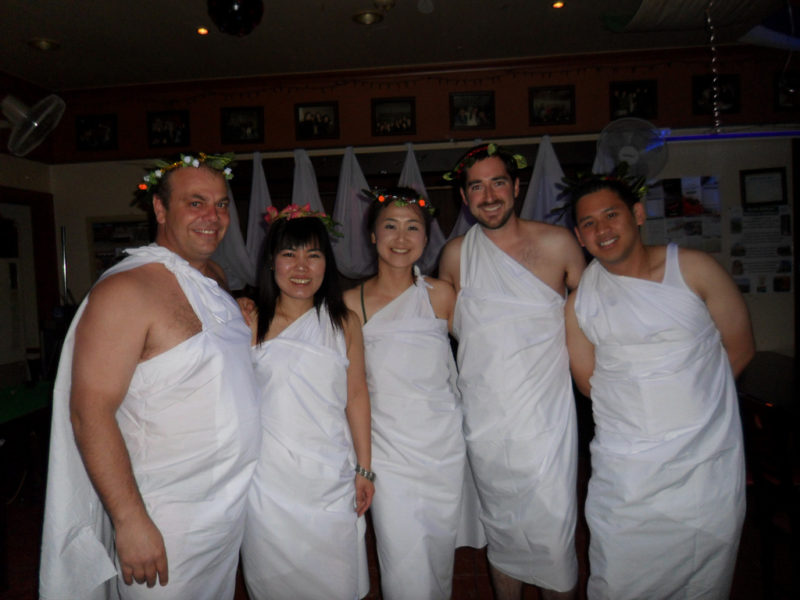 There are plenty of wonderful costume parties happening on Thursday, including the 35th Annual Toga Party at Sloppy Joe’s (201 Duval Street). Wear a Classic Toga or get creative and base yours on the theme – “In Tune But OFF Key” (checkerboard sheet, anyone?). Sloppy’s would like you to know that body paint is not a toga, but it can be part of a toga costume. A limited number of toga sheets will be available at Sloppy’s Retail Store for $10. There is a big costume contest at 9:30 where the audience decides the winner and you can enter as an individual or in groups of 2 to 8. Sign up next to the stage from 8:15 to 9:15. There are also impromptu contests during the band breaks at 8 and 11:30pm. 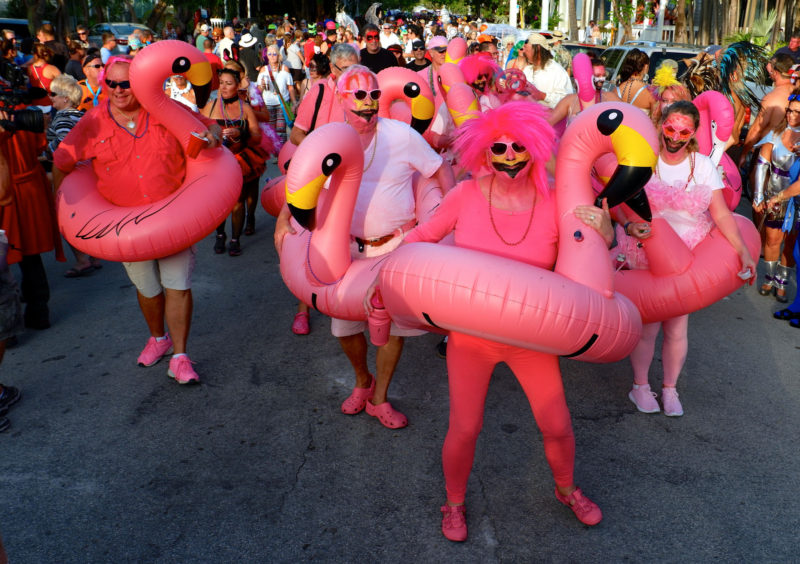 For the ultimate pink party, head over to 305 Duval Street for Fat Tuesday’s “Save the Tatas” Pink Party. A portion of the proceeds will be donated to fight breast cancer in the Florida Keys. Wear your best pink costume or body paint for a chance at several prizes including a $500 bar tab. DJ Buggy starts spinning at 9 pm. Get there early for party favors!

If rock and roll is your thing, get out your satin jackets and leg warmers on Thursday and head over to Irish Kevin’s Annual ‘80s party at 211 Duval Street. Costume prizes are given out all day long. The 1980s cover band comes on at 10:30pm and plays ‘til very late. 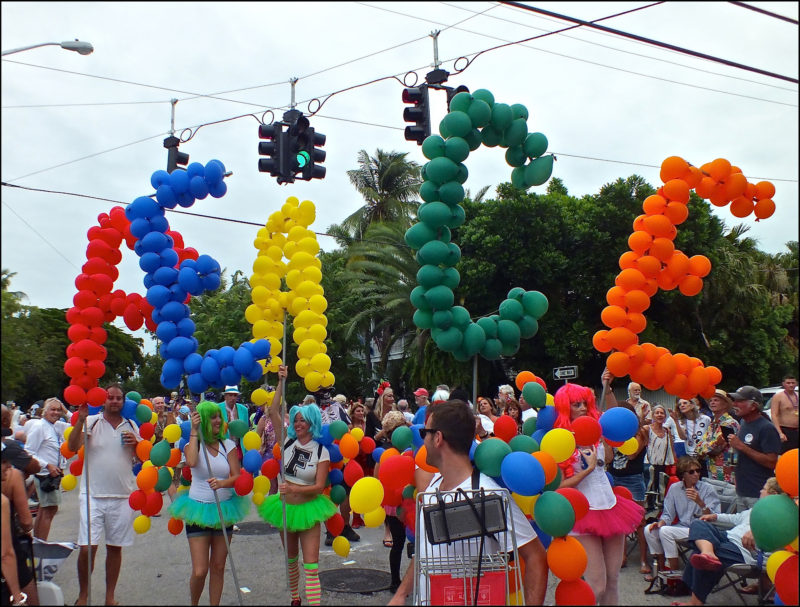 On Friday, don’t miss your chance to join the parade! The celebrated Masquerade March will take over the streets of Old Town with costumes of all themes. This event is nicknamed “the local’s parade,” and participants are encouraged to respect the residential neighborhoods where they’ll be parading. 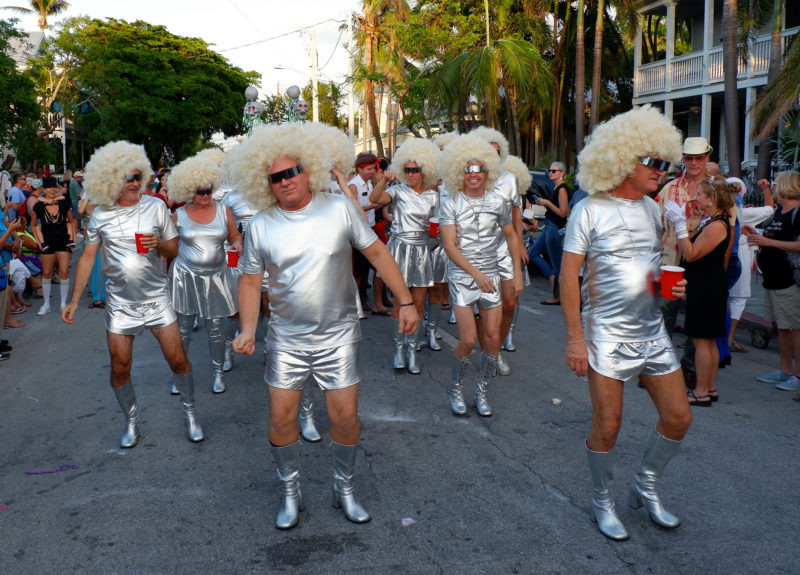 The march begins at 5:30 pm at the Key West Cemetery on Frances Street. Work your way north on Fleming Street where some guest houses will hand out free cocktails and shots. Join the parade anywhere as it marches through Old Town and down Duval, or watch the parade from the side. Follow the marching ukulele band to the Green Parrot for the after-party. 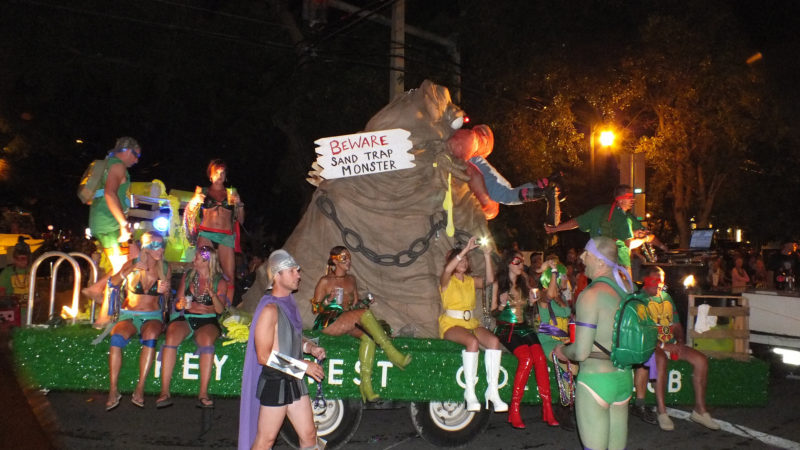 On Saturday night, the fabulous, extravagant and magical Fantasy Fest Parade gets underway at 7:30pm. Viewers line the streets of Whitehead St. and Duval St. to wait for the action. You’ll find many balconies and elevated viewing spots along the route, some which you can purchase a spot on, or experience it for free, right there on the sidewalk. Be sure to wear one of your costumes to feel a real part of the action. Who knows, you might even catch some beads from a passing float!

For more information on all of the events of Fantasy Fest, go to their official website.