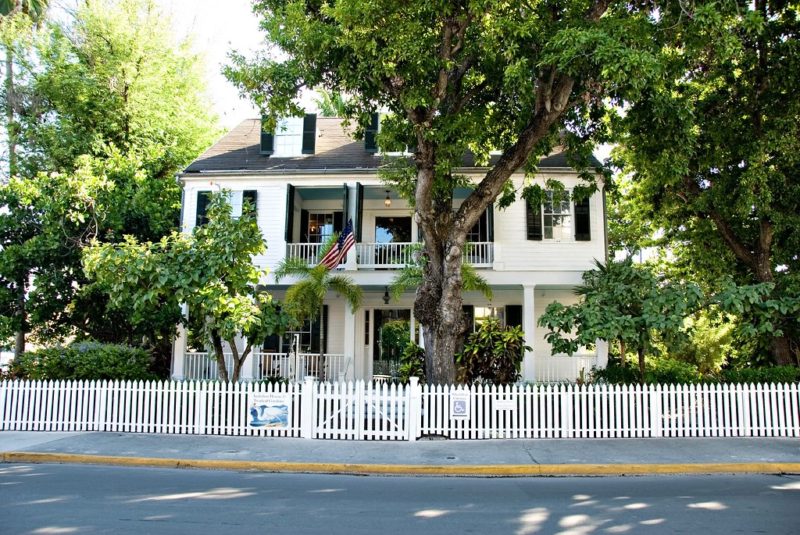 Steps away from Old Town Manor on Whitehead Street and Greene Street lies the stately Key West Audubon House. Now a museum and event venue space, the 1840s home holds the story of one Key West family who flourished amid the island’s once ultra-successful shipwrecking industry.

The property was named after the famous painter and naturalist John James Audubon. Audubon once painted a picture of a White Crowned Pigeon in a Cordia tree that was on the property where the home would later be built.

Contrary to its eluding name, Audubon never lived in the home or in Key West at all. He was terrified of getting Yellow Fever and vowed to his wife he would never sleep on the island of Key West to avoid the sickness. Instead, he stayed offshore on the Revenue cutter ship, the Marion. It is speculated that Audubon visited the home next door, finding the Caribbean native Cordia tree that he would later write about and paint. 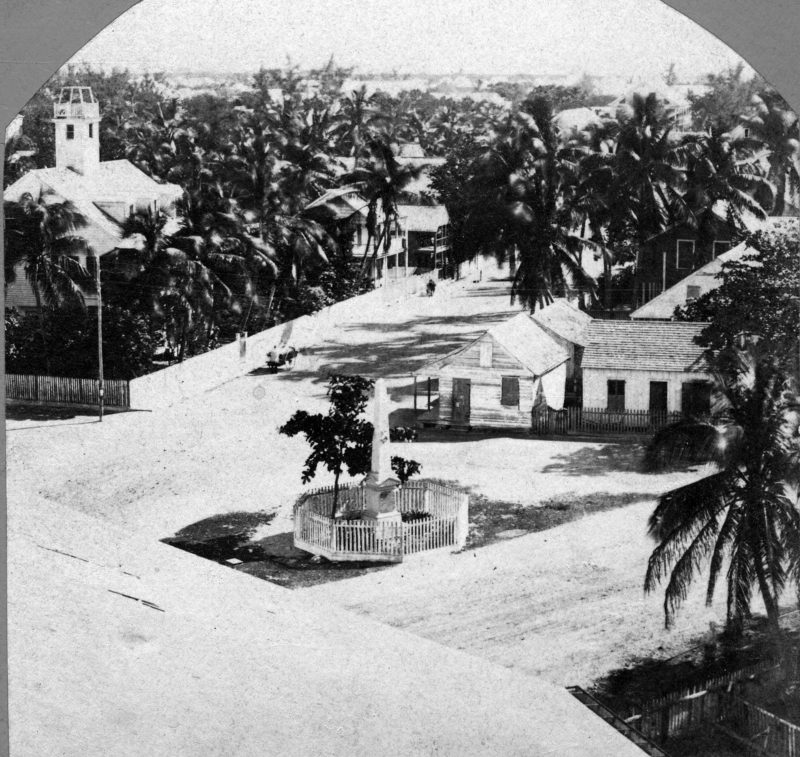 The Geiger House in 1800. Photo courtesy of Florida Keys Public Libraries via Flickr.

The house at 205 Whitehead Street that would much later come to be known as the Audubon House was built by Captain John H. Geiger between 1846 and 1850. Geiger made his living as a harbor pilot and master wrecker, salvaging the bounty found on shipwrecks.

Between 1835 and 1876, Geiger’s name was mentioned in fifty-seven wrecking court cases, leading us to believe he was very successful in the trade. Shipwrecking was the most lucrative industry in Key West at the time, so lucrative in fact that Key West was the richest city in the nation in the mid 19th century. 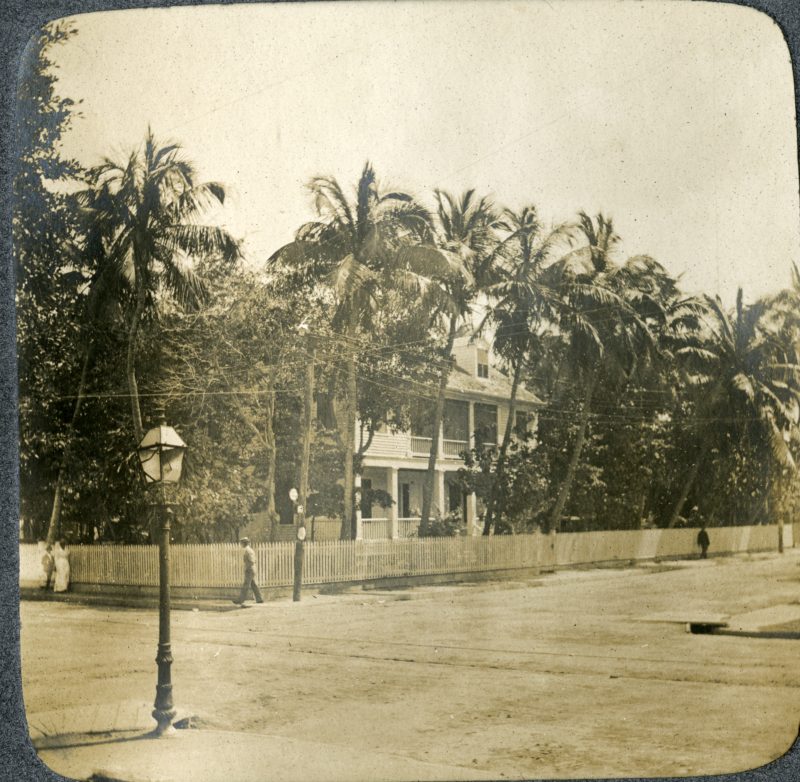 The Geiger House in 1900. Photo courtesy of Florida Keys Public Libraries via Flickr.

In 1829, Captain Geiger married a woman from the Bahamas, Lucretia Sanders, and together, they had 12 children. He was notoriously wealthy and rumors grew that he had indulged in some piracy as well as his legitimate enterprises. By the time Geiger began construction on the home, he was one of the wealthiest men in the Florida Keys. He died in 1885, and many believe that he buried his pirate treasure somewhere on the property of his home. 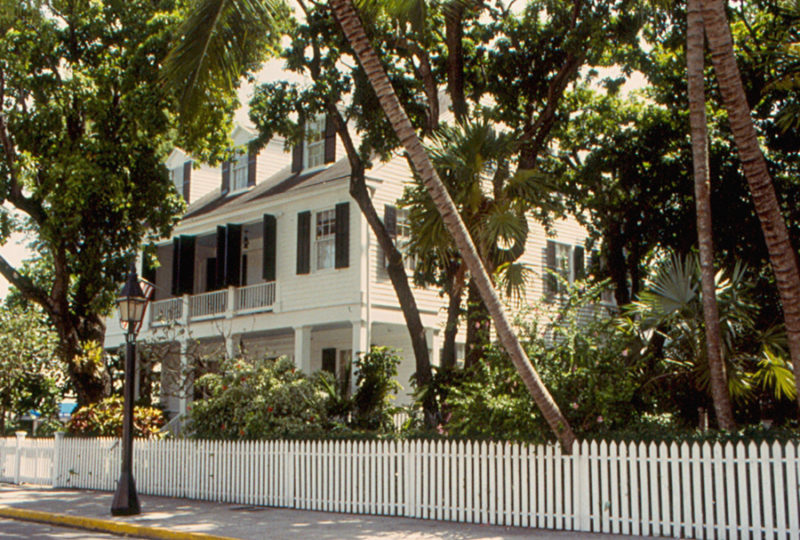 Some say Geiger’s ghost can be seen in a second-floor window, looking out over the waters of Key West, perhaps searching for ships that have met their doom. Or, perhaps Geiger’s spirit is watching over his property to guard his buried pirate treasure that no one has found to date.

The Geiger family inhabited the house through many generations, for 108 years. The last descendant was William Bradford Smith, also a sea captain, who lived in the home for 25 years, and was said to be a recluse. He lowered baskets from upper floor windows to collect groceries and other staples of life to avoid leaving the house. It is thought that his ghost still refuses to come out and continues to inhabit the house. Researching paranormal groups agree and, through various ghost hunting means, they have recorded the voices of children laughing and taken eerie photos of the family, still gathering on the front porch. 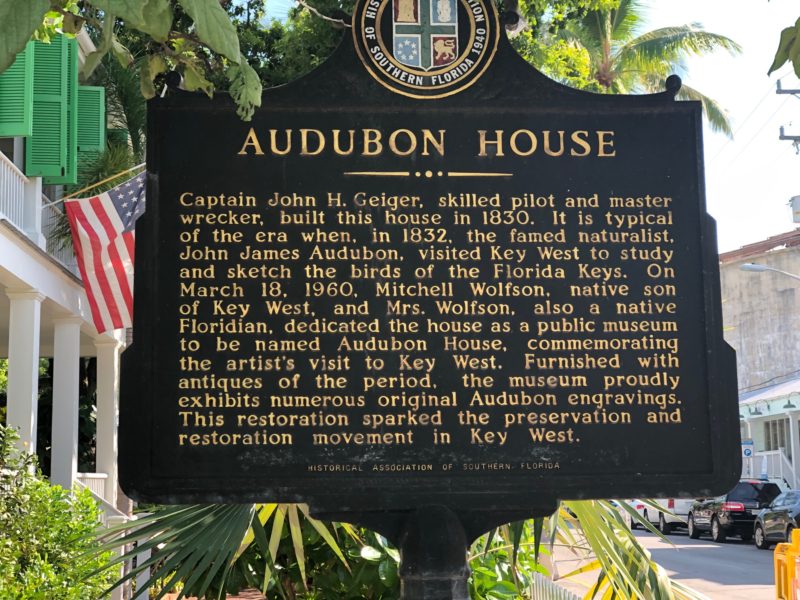 When Smith passed on in 1956, the house fell into disrepair and it was scheduled for demolition in 1958. The home escaped this fate through its purchase by the Mitchell Wolfson Family Foundation, established by Key West native, Colonel Mitchell Wolfson and his wife, Frances. They restored the house in 1960 and sparked a movement of many restoration projects in Key West. The home was then named after Audubon, and ironically, the Cordia tree also became known as the Geiger tree. 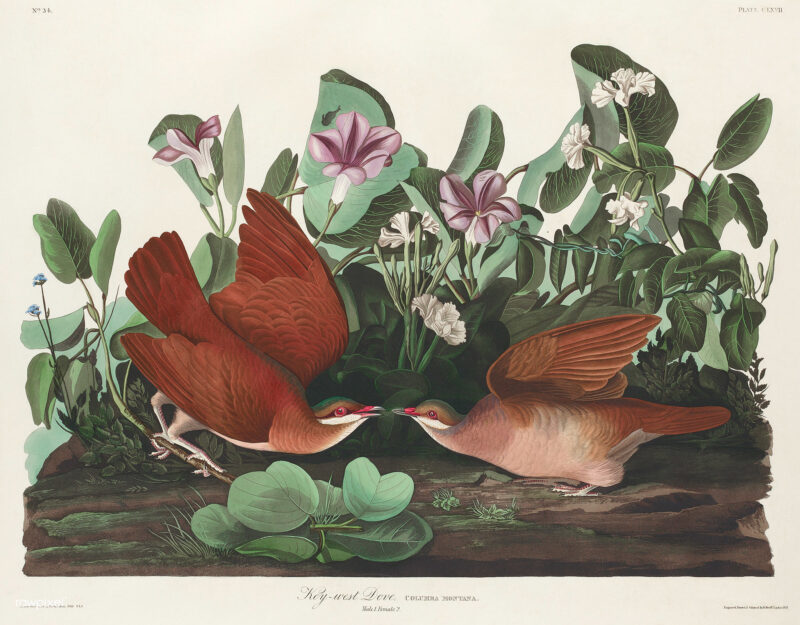 Audubon discovered and painted 18 birds in the Florida Keys, including the famous Blue Heron, many of them at the eventual Audubon House grounds. The house today contains 28 first editions of Audubon’s paintings and the Audubon House Gallery sells a selection of Audubon images.

See the Key West Audubon House in Key West for yourself! Click here to check availability at Old Town Manor.