Organizers encourage visitors to “discover how one island’s One Human Family philosophy has created one of the most integrated and unique communities in the world.”

It’s no secret that Key West knows how to throw a great party! During this celebration, you’ll enjoy the famous Duval Street parade, shows, parties, competitions and more. 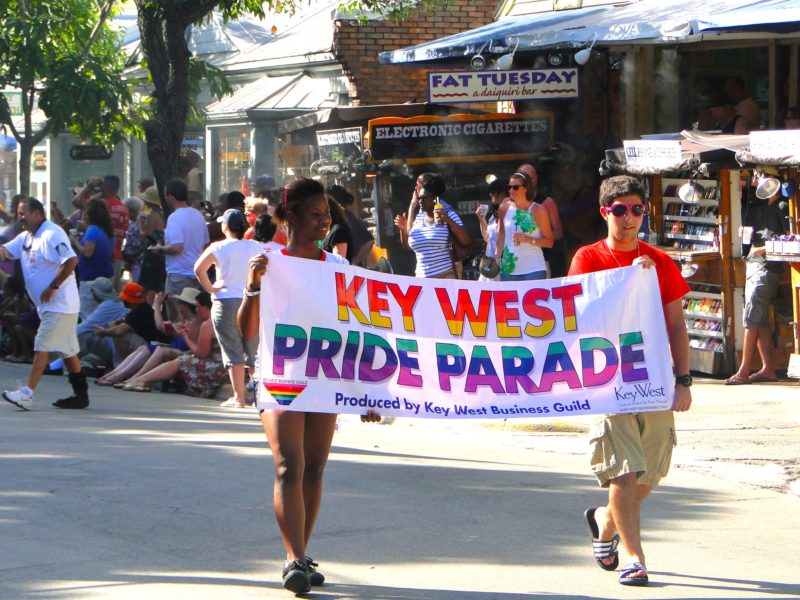 Pride celebrations began after the 1969 Stonewall riots in New York City, when members of the gay community rioted against a late night police raid at the Stonewall Inn in Greenwich Village. These June riots are widely considered to be the most important event leading to the gay liberation movement and the modern fight for LGBT rights in the US.

The year after the riots, a parade was organized and a week’s worth activities was planned for the first Stonewall commemoration. Almost fifty years later, communities around the world celebrate Pride each June, and, as one might imagine, Key West’s One Human Family was not left out.

Key West celebrated its first Pride in 1980 with a simple march down Duval Street to send a message to the world about diversity and inclusion. 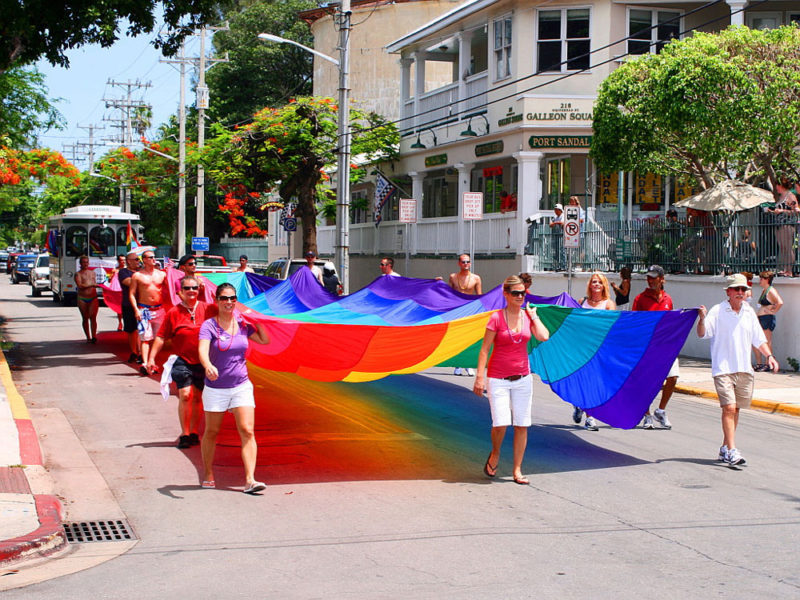 In 2003, to commemorate the Rainbow Flag’s 25th anniversary, it’s creator, Gilbert Baker, and a huge volunteer team constructed a 1.25 mile long flag in Key West. At Pride 2003, over 2000 volunteers unfurled it the entire length of Duval Street, from the Gulf of Mexico to the Atlantic Ocean, in a symbolic gesture of Pride in Key West. Parts of that flag continue to be displayed at Key West Pride and Pride activities around the world. 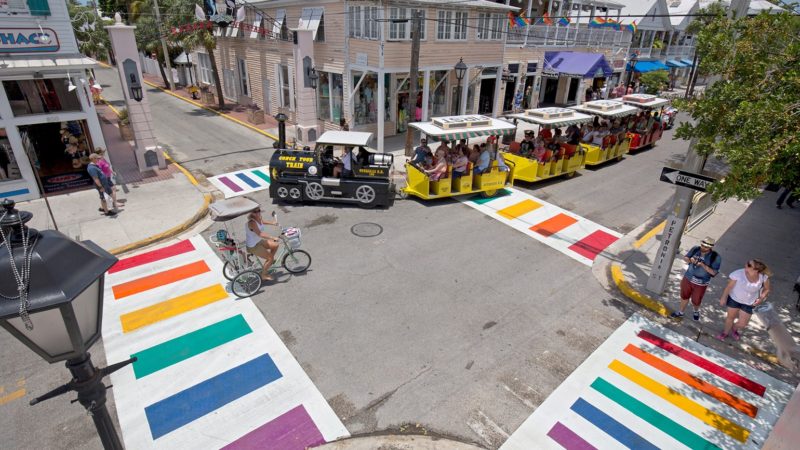 Key West Pride promises to be an excellent time. Some of the highlights are the Street Fair along Duval Street starting at 10am on Saturday, and the Pride Parade on Sunday beginning at 5pm.

Other events will be held throughout Old Town including the Stoli Key West Classic cocktail contest, pool parties, drink tastings, tea dances and even Bingo! The “fairest” will compete in a variety of pageants from Ms Key West Pride, Mr. Key West Pride and Miss Paradise Florida. 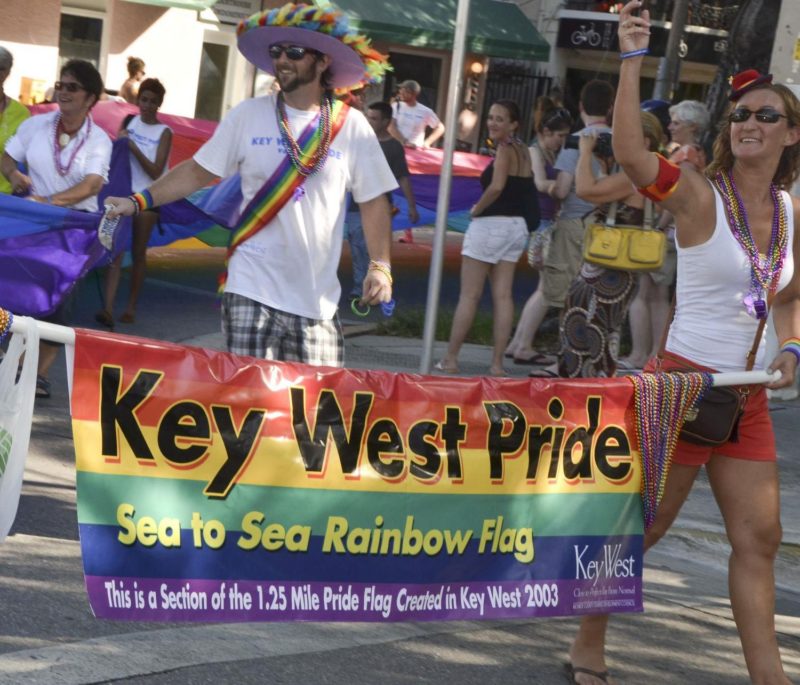 Experience the One Human Family culture in action at Key West Pride. For more information and the event schedule, check out the Pride website here.