The day trip to the Dry Tortugas National Park is one of the best experiences Key West has to offer. So special, in fact, that it is typically sold out weeks in advance.

Don’t miss out on this wonderful attraction by not planning ahead! Old Town Manor concierge will help you to make the arrangements in advance so that you can check the Dry Tortugas National Park off of your Key West bucket list. 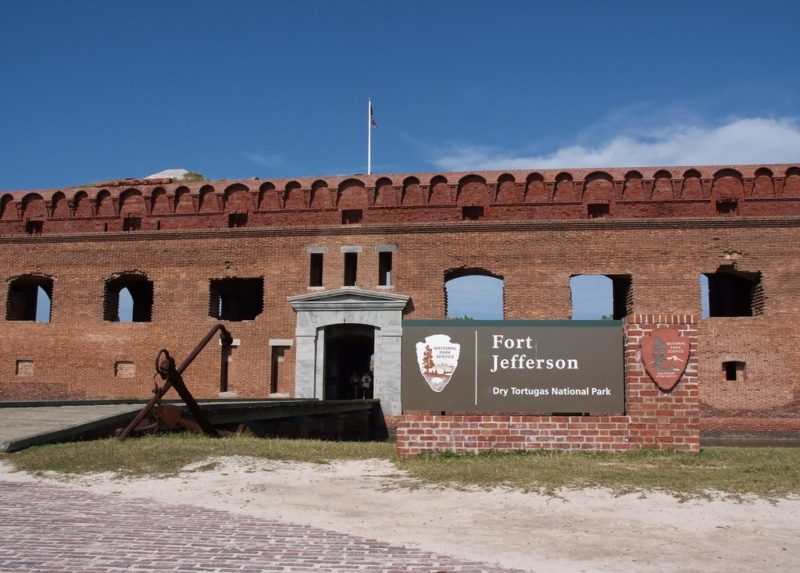 The Dry Tortugas are a small group of islands approximately 70 miles west of Key West. They were discovered by Ponce De Leon in 1513 and named for the lack of fresh water here and the multitude of turtles he found surrounding the island – tortuga meaning turtle in Spanish. The seven islands spread over 100 square miles of the Gulf of Mexico were declared a National Park in 1992. 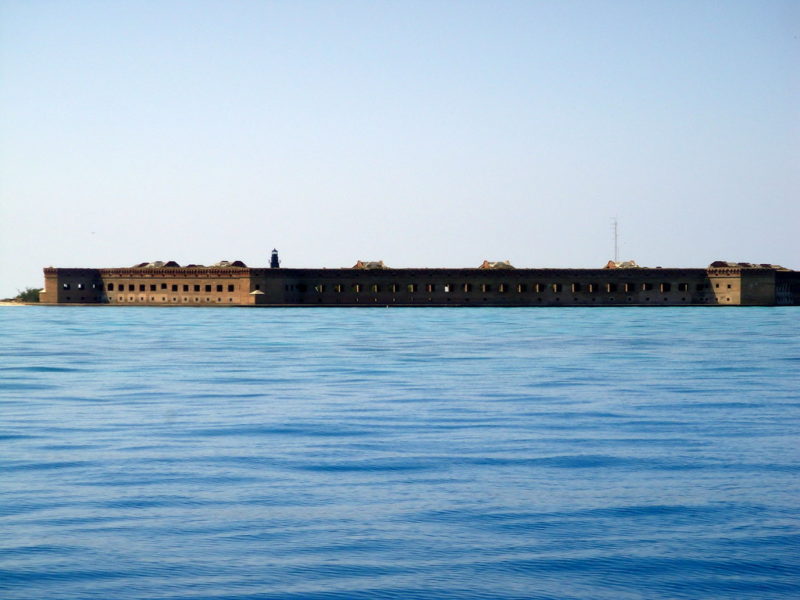 The park was established to protect the island and marine ecosystems of the Dry Tortugas including abundant sea life, tropical bird breeding grounds and colorful coral reefs. Its mandate is also to preserve Fort Jefferson and the submerged cultural resources such as shipwrecks. This has led to a reduction in the numbers of people visiting each day and a limitation on the ways to get out to the park. 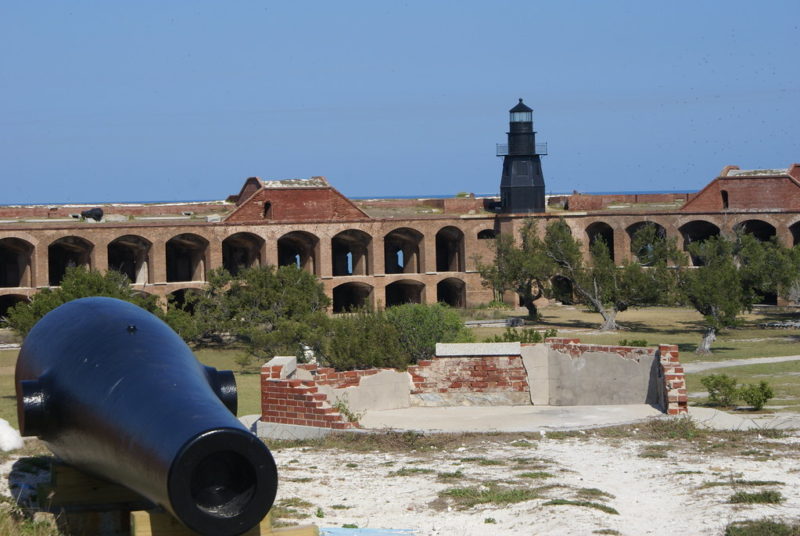 There are four ways to get to the Dry Tortugas National Park.

1. Take your own boat or seaplane, if you have one lying around, but if you are unfamiliar with the area, this could be disastrous and you need to obtain permits in advance. 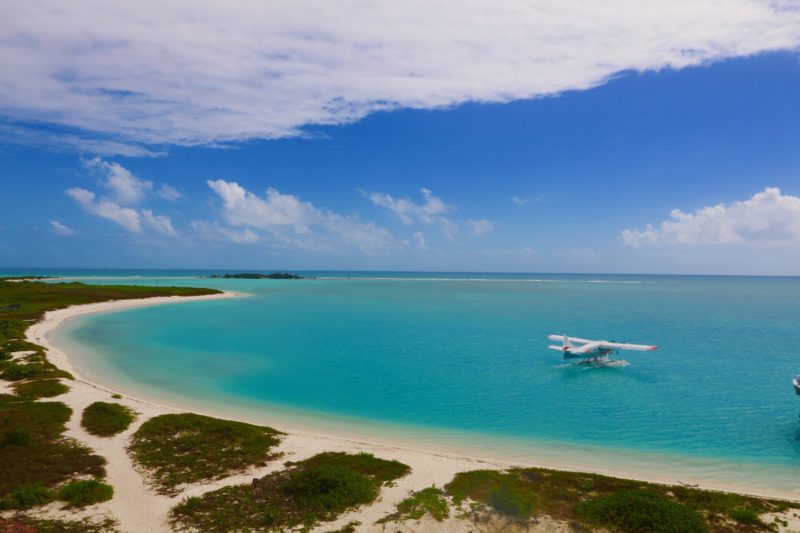 3. Go by Seaplane Adventures, who offer half day and full day trips as well as trips for birding and wildlife spotting. Half day trips run $356 per adult and last just under four hours, providing two and a half hours of park time. Full day trips are $625 per adult and last about 8 hours, providing six and a half hours of park time. There is an additional $15 park entry fee (cash only) required per person. Complimentary snorkeling equipment is provided, but no food. This is the only seaplane charter permitted in the Dry Tortugas National Park. 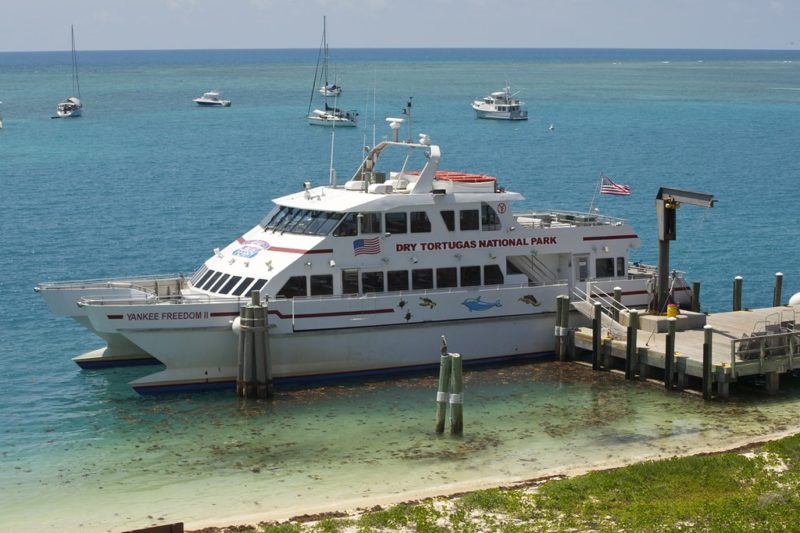 4. By far, the most popular and least expensive trip to the Dry Tortugas is the Yankee Freedom Ferry. It is the only ferry boat permitted to take passengers out to the Fort and it takes only 175 people each day.

It leaves Key West at 7am and returns about 5:15pm. The voyage takes about two hours each way. Breakfast and snacks are available on the way out and adult beverages are for sale on the way back. An excellent deli lunch is provided while docked on the island.

You’ll also find an onboard guide to tell you about the park on the way out. The park fees are included in the trip fee and snorkel gear is complimentary. Upon arrival, you are treated to a 45 minute narrated tour of the fort. The Yankee Freedom trip is $175 per person. 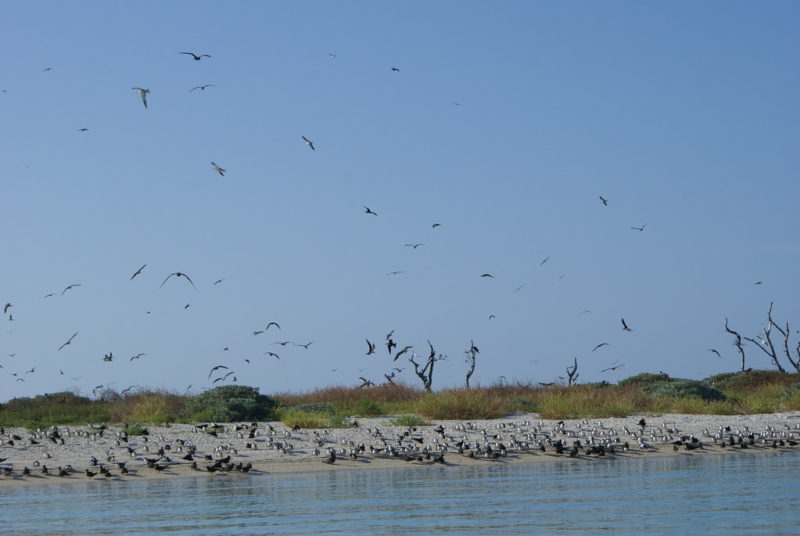 The Dry Tortugas feature stunning natural beauty, wildlife, beaches, and coral reefs, but the centerpiece is Fort Jefferson on Garden Key. It’s the largest brick masonry structure in the Western Hemisphere, despite never being finished. Construction of this coastal fortress began in 1846, 24 years after Florida was acquired from Spain. The over 6 million bricks used were barged down from New York and Pensacola and, built to hold heavy arms, it was seen as a strategic site for control of the Straits of Florida and the Gulf of Mexico. In 1825, a lighthouse was built on Garden Key, and it was replaced by a newer, more powerful lighthouse on Loggerhead Key in 1847. 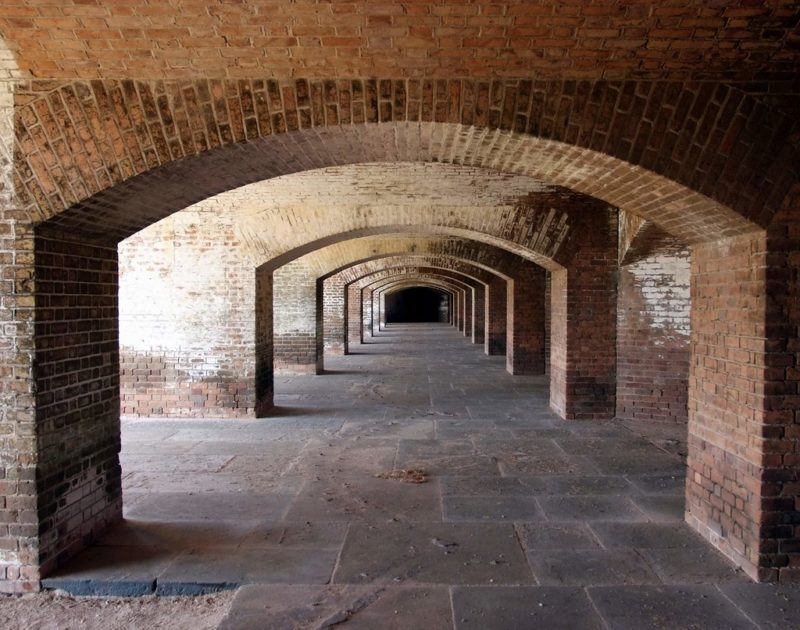 Work was half complete in 1860 and construction continued on through the Civil War. Union warships used the harbor in their campaign to blockade shipments to the South, but the fort was mainly used as a military prison, especially for Union deserters. In fact, the prisoners were put to work building the fort!

The most famous prisoner was Dr. Samuel Mudd who was incarcerated for his part in the assassination of President Lincoln. Setting the broken leg of John Wilkes Booth after the assassination was his most notable act of treason. Three other conspirators were also imprisoned. 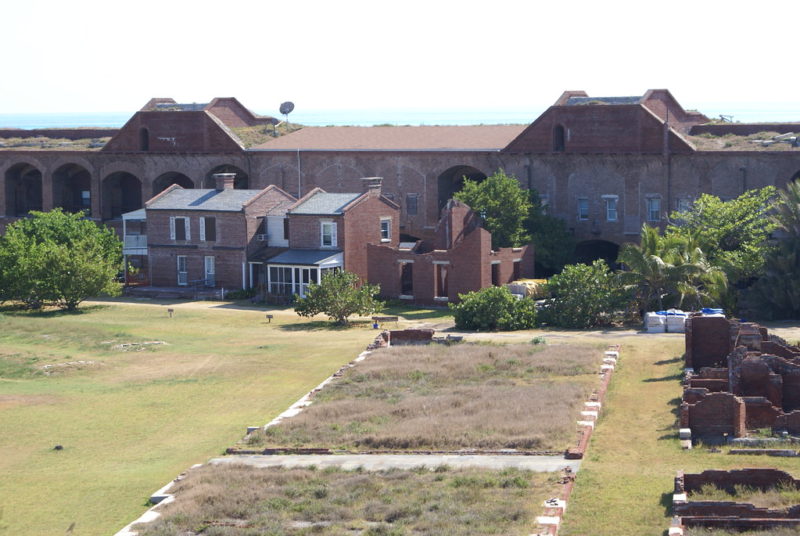 Work on the fort eventually stopped. Dr. Mudd was pardoned in 1869 after he helped stem a yellow fever outbreak, and after 1874, the fort was no longer used as a prison. When the US Navy switched to coal fueled ships, the Dry Tortugas became a coaling station. Eventually, it fell out of use as a fort and President Franklin Roosevelt, under the Antiquities Act, declared it a National Monument in January of 1935. This monument was expanded in 1983 and redesignated as a National Park in October 1992. 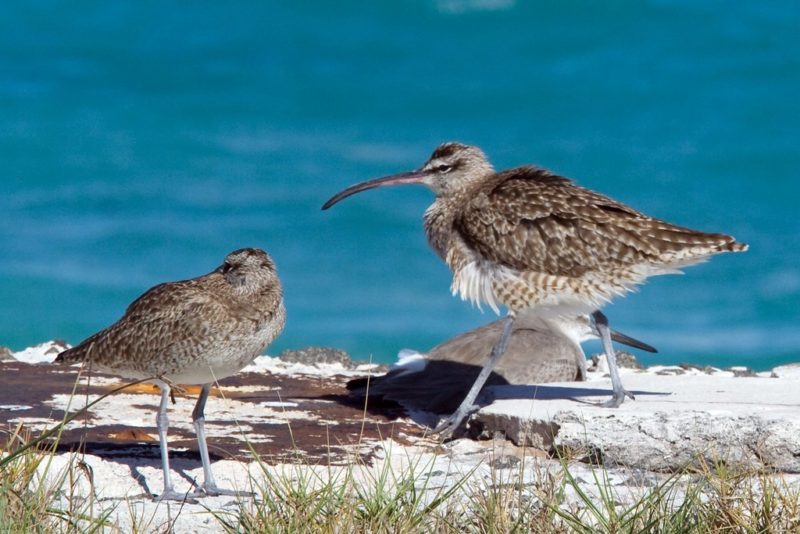 Spend at least part of your time here checking out the amazing birdlife or snorkeling the brilliant coral reefs. There is also an excellent wildlife center and gift shop. There are toilets and freshwater showers available on the Yankee Freedom.

Get in touch with Old Town Manor concierge to plan and reserve your trip. Be sure to make plans well in advance to ensure you’re not missing the boat (or seaplane) to the Dry Tortugas National Park.

Check availability for your next vacation to Key West here.