Key West is Closer than 90 Miles to Cuba

Recent news on Obama’s talk with Raul Castro is met with mixed reactions.  Amid the passionate debate and still living only 90 miles to Cuba, I recollected the trip Walter and I took to Cuba as part of a person-to-person humanitarian exchange to meet with private owners of small businesses, specifically B&Bs (casa particulars) and restaurants (paladars).  The beauty of the country is unparalleled and the people are unforgettable.  I was disappointed that Cubans do not have free and unfettered access to the Internet, but that’s another conversation for another time.

Since the 1800’s, Key West has had a long immigrant history with Cuba.  Then it hit me like a caffeinated cup of Cuban coffee … I know why Key West is so crazy and cultured!  We get it from the Cubans!  My fondest memories of Cuba are unabashedly similar to my life in Key West.  I assure you, it’s no coincidence.

In Cuba, I drank mojitos morning until night and never had a hangover!  Perhaps Cuban rum is more pure and their sugar cane juice is always fresh.  After a few drinks, dancing was inevitable – in a club, in the town square, or in your living room.  No matter the stage, age was irrelevant. In Key West, I never turn down an invitation to El Meson de Pepe in Mallory Square for their live salsa band and where I love watching 80 year-old men dancing for the love of it.  They also serve up the best mojitos, and it’s one of the best Cuban restaurants in Key West.  Without a doubt. 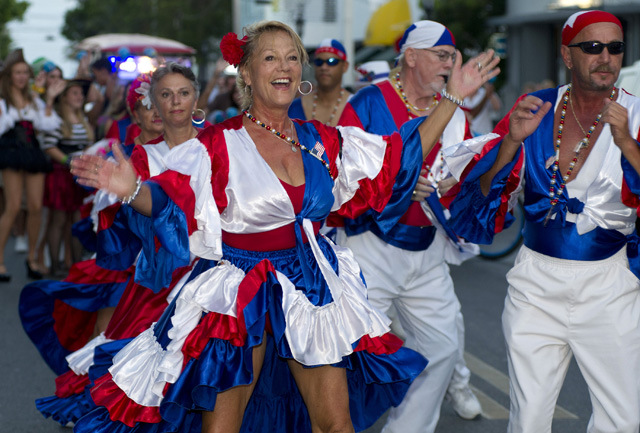 In Cuba, art and sculpture is world-class, and better still, it’s accessible and it’s everywhere. Surprising for a communist country, freedom of expression is celebrated through art.  Key West also fosters a strong arts community with almost as many art galleries as there are bars!  In my home, recently acquired Cuban art perfectly hangs next to my local Key West art.

Need a fix?  Café con leches on every Havana street corner ensure a full-time caffeine buzz.  Likewise, there’s no shortage of real Cuban coffee in Key West.  Cappuccinos for $7? Mocha frappa-what? Café au lait s’il vous plait?  We can’t be bothered with all that.  Saunter over to 5 Brothers, Cuban Coffee Queen, or Sandy’s Cafe for the best counter-style con leche and skip the 90 mile trip to Cuba entirely. 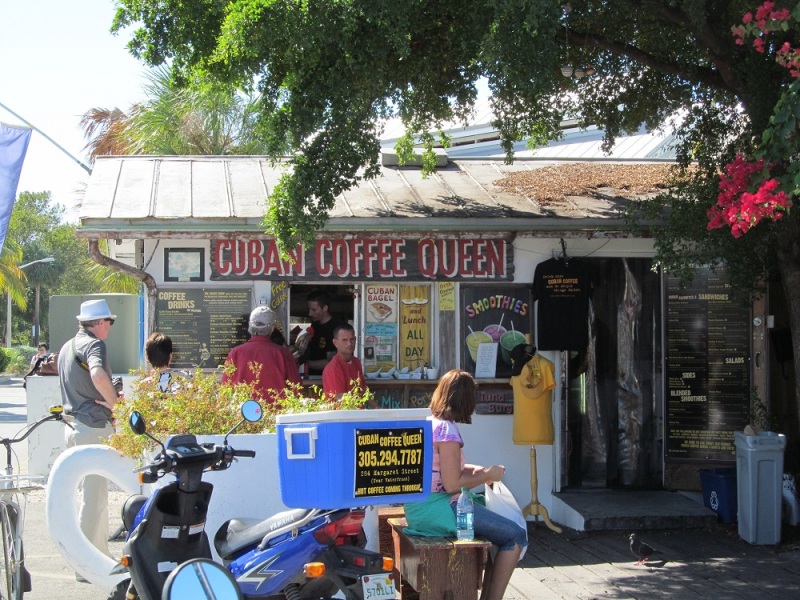 Even Key West’s darling, Hemingway, loved the Cuban way of life.  His Spanish Colonial home just outside of Havana is styled exactly like Hemingway’s home in Key West.  If you’ve never read his books, you should read “The Old Man and The Sea” which tells the story of an old Cuban fisherman trying to catch the last catch of his life.  It’s my favorite Hemingway story.

If you really yearn for Cuban history in Key West, make sure to visit the San Carlos Institute on Duval Street where in 1892, Jose Marti united the exiled Cuban community to launch the final phase of his campaign for Cuba’s independence from Spain. It was written that his “triumphant oratory thrills the crowd … at the huge farewell party in his honor.”  That’s code for “Let’s Party, Key West style!” 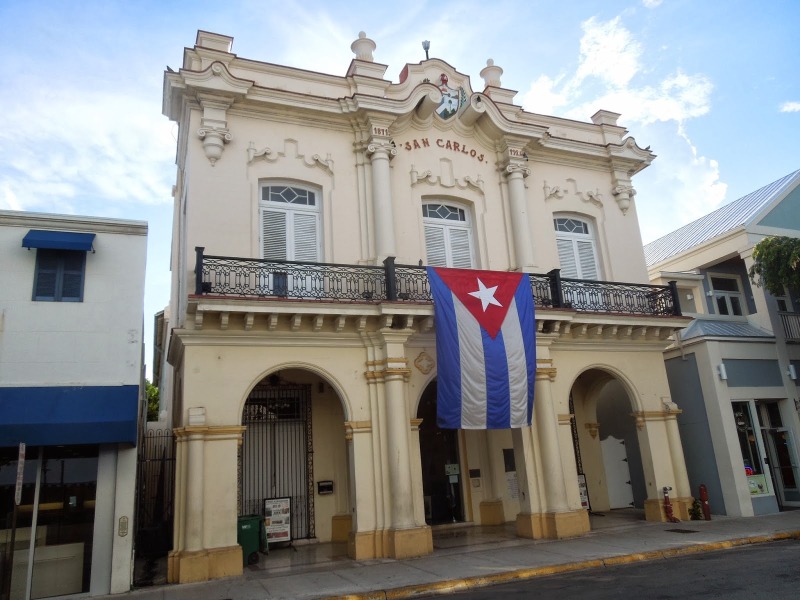 The 90 mile to Cuba distance from Key West’s southernmost point to Havana may be accurate, but Cuba is much closer to Key West than we thought.  Key West wouldn’t be Key West without Cuba.  While we wait with bated breath to see how wide the doors to Cuba swing open, at least you can experience of bit of Havana without your passport.  And you’ll get free WiFi.